Home/Posts/News and Press Releases/UM, NYU Shanghai develop e-mental health mobile app for college students
alexkot Kot Ka Kit2021-11-19T10:16:10+08:002021-11-19|News and Press Releases|
The University of Macau (UM) and New York University Shanghai (NYU Shanghai) have jointly developed ‘Step by Step’, a mobile application for monitoring users’ mental health. Designed for university students with mental health issues, the mobile app is expected to provide reliable and effective self-help methods for its users. A follow-up project also kicked off.
The COVID-19 pandemic has had a negative impact on people’s emotional and psychological well-being, particularly on those with pre-existing mental health issues such as depression. Previous studies have shown that about one in four university students suffer from depression. However, most of them fail to receive timely and appropriate psychological intervention, which may be due to inadequate resources in the health care system, lack of understanding or discrimination in the community, or lack of access to appropriate channels of assistance. To fill the gaps in existing mental health services, the World Health Organization (WHO) created an e-mental health mobile app in 2017, with the aim of putting into trial use worldwide upon the completion of localisation to suit different languages and cultures.
‘Step by Step’ is the result of such localisation in Macao. The project was funded by UM and the results have been published in the prestigious international journal Internet Interventions. Based on previous research findings and with funding from local commercial and social organisations, UM’s Centre for Macau Studies and NYU Shanghai developed a trial version of the e-mental health mobile app for university students. The app allows users to access evidence-based e-mental health interventions to improve their mental well-being and learn about available services and resources anytime, anywhere.
The follow-up project that kicked off today was jointly sponsored by the Bank of China Macau Branch, the Rotary Club of Macau, the Rotary Club of Amizade, Macao, and the Rotary Club of Penha, Macao. UM’s Student Counselling Section, Moon Chun Memorial College, and Shiu Pong College will provide training for peer supporters, or e-helpers, in this project.
The UM-NYU Shanghai research team will recruit university students to join an eight-week training programme using the app. Participants will be evaluated twice, during the eighth week into the programme and three months after completing the programme, in order to collect data for evaluating and improving the app. 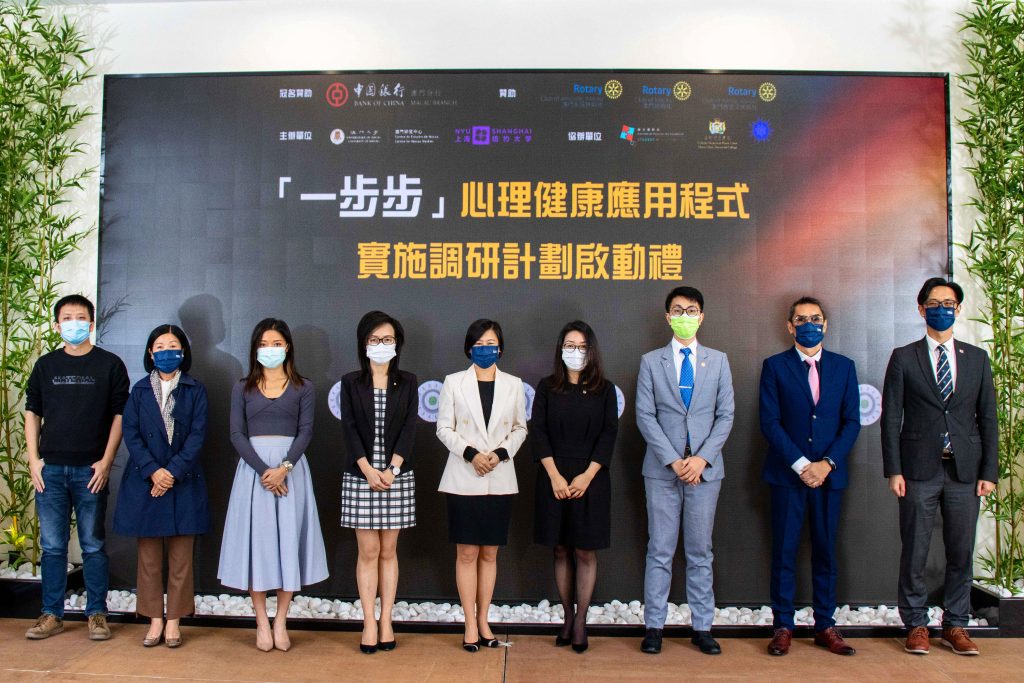 A group photo of seminar participants 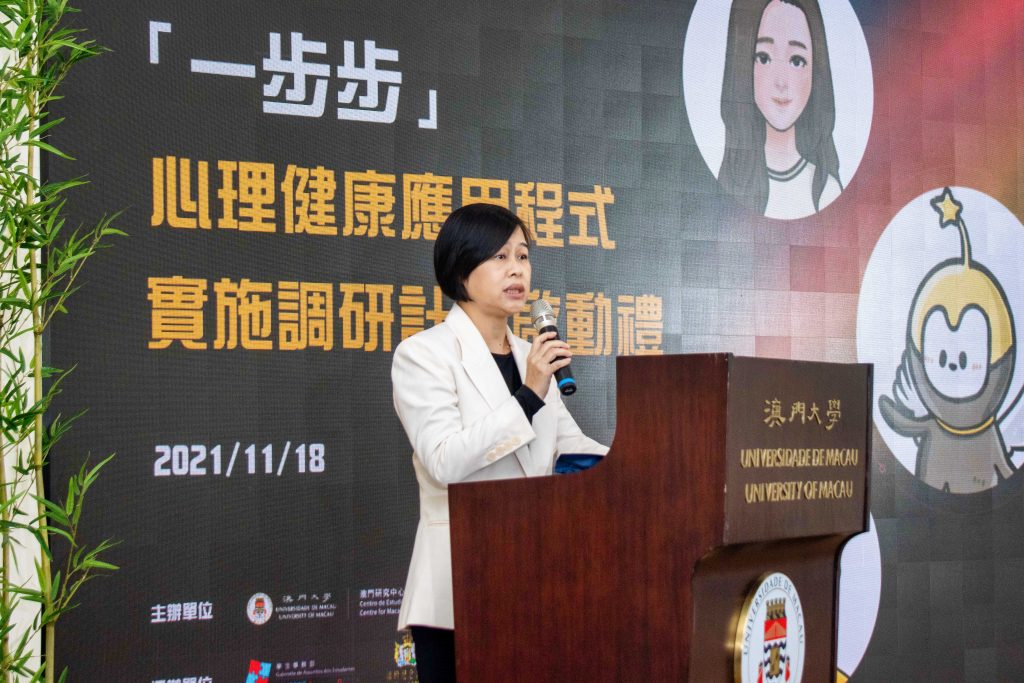