The University of Macau (UM) Centre for Macau Studies (CMS) (18 November) held a seminar on the Macao SAR government’s policy address for the fiscal year 2021. During the event, which was chaired by CMS Director Agnes Lam, experts and scholars discussed the content of the policy address, with a focus on specific policies and measures mentioned in the document. They generally agree with the policy direction for the next year, and believe that the continuation of measures to benefit the public can stabilise economy, and that the measures aimed at promoting diversified industries will lay a solid foundation for Macao’s long-term development.

According to Sheng Li, associate dean of UM’s Faculty of Social Sciences (FSS), promoting the development of a modern finance industry is an issue that has been in discussion since 2000. In order to implement the development direction of the financial industry mentioned in the policy address, it is necessary to improve the laws and regulations and strengthen the construction of software and hardware infrastructure. Prof Ngo Tak Wing in the FSS spoke on economic diversification. According to him, the government needs careful consideration when implementing decisions in this area, and investment in the industry needs to be more targeted and diversified in order to achieve government efficiency.

According to Davis Fong Ka Chio, director of UM’s Institute for the Study of Commercial Gaming, this policy address is a rare opportunity for the government to address many deep-rooted social problems. He suggested that the government should (1) develop a modern finance industry to end the monopoly of the gaming industry, (2) develop the Chinese medicine industry with the support of the central government, and (3) improve the public administration system and the allocation of public resources. Prof Wong Seng Fat in UM’s Faculty of Science and Technology expressed hope that resources would be allocated where they could create real value, especially in smart city development. According to him, the implementation of smart e-government can effectively reduce the cost of human resources. He also mentioned the promotion of industrial diversification as well as the effective recruitment of ‘real’ talent, and suggested the establishment of an economic system specially for the Greater Bay Area.

Yin Yifen, executive director of the Social, Economic, and Public Policy Research Centre at Macao Polytechnic Institute, discussed the housing ladder policy. According to him, the policy reflects the great importance the SAR Government attaches to the livelihood of the residents, indicating the further transformation of the housing policy from a safety net to an appropriate level of inclusion. In his view, the main task now is to increase housing supply and ensure that the housing policy moves in this direction.

Kwan Fung, an assistant professor in the FSS, said the policy address shows that epidemic prevention is given priority among the government’s many policies, which would boost public confidence in social stability. According to him, the definition of industrial diversification requires the government’s scientific judgment and the diversification of Macao’s economy should not be achieved by pushing down the gaming industry. He also stressed that Macao should avoid making short-sighted, hasty decisions in developing its economy, but should instead first think seriously about the direction and the right way to achieve steady progress. According to Lei Chun Kwok, an assistant professor in UM’s Faculty of Business Administration, the policy address is more innovative and inclusive than before, with policies covering sports, cultural and creative, and education industries. He added that the government should implement policies to attract investment from non-gaming industries to strengthen the local economy in light of the decline in private investment figures in 2019.

According to Xu Jianhua, head of the Department of Sociology in the FSS, this year’s policy address is very down-to-earth. The chief executive first mentioned the inadequacies in his work, emphasising the areas that need improvement in the work of civil servants, and also mentioned the reform of public administration structure, actively identifying problems and seeking solutions. Chan Kin Sun, an assistant professor in the FSS, raised the issue of the cancellation of capital injection into the central provident fund this year, suggesting the possibility of raising the pension and disability allowances and other welfare funds. He believes that long-term subsidies and insurance can be efficiently integrated. Wu Mei, a visiting associate professor in the CMS, said she felt encouraged by the policy address, which proposes specific policies and measures for the deep integration of Macao and Hengqin, such as direct bus service between UM and the Hengqin Port, light rail planning, and street management experience. She expressed hope that the government would provide Macao residents with a livable living experience in Hengqin and realise the synergistic development of the two places. 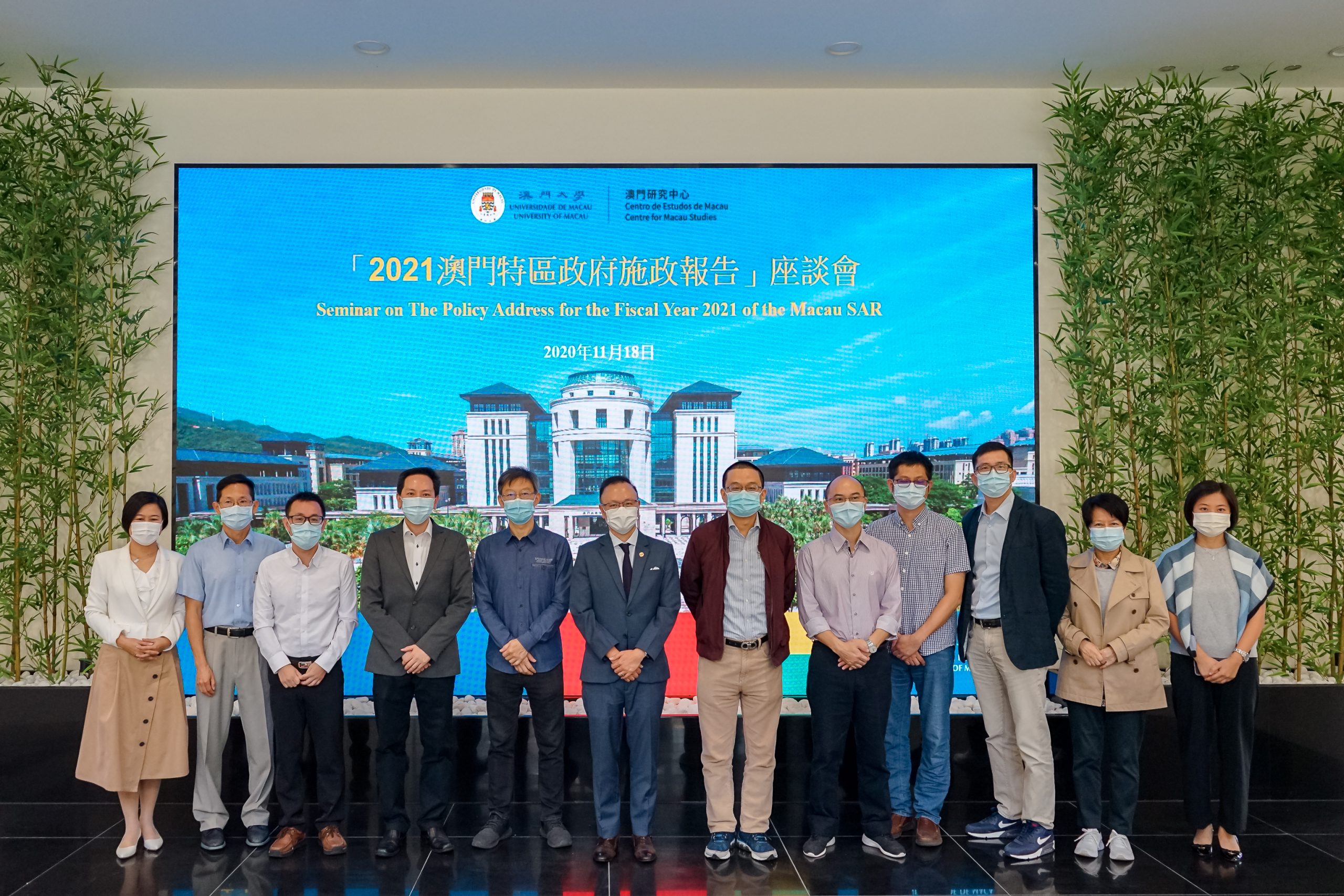 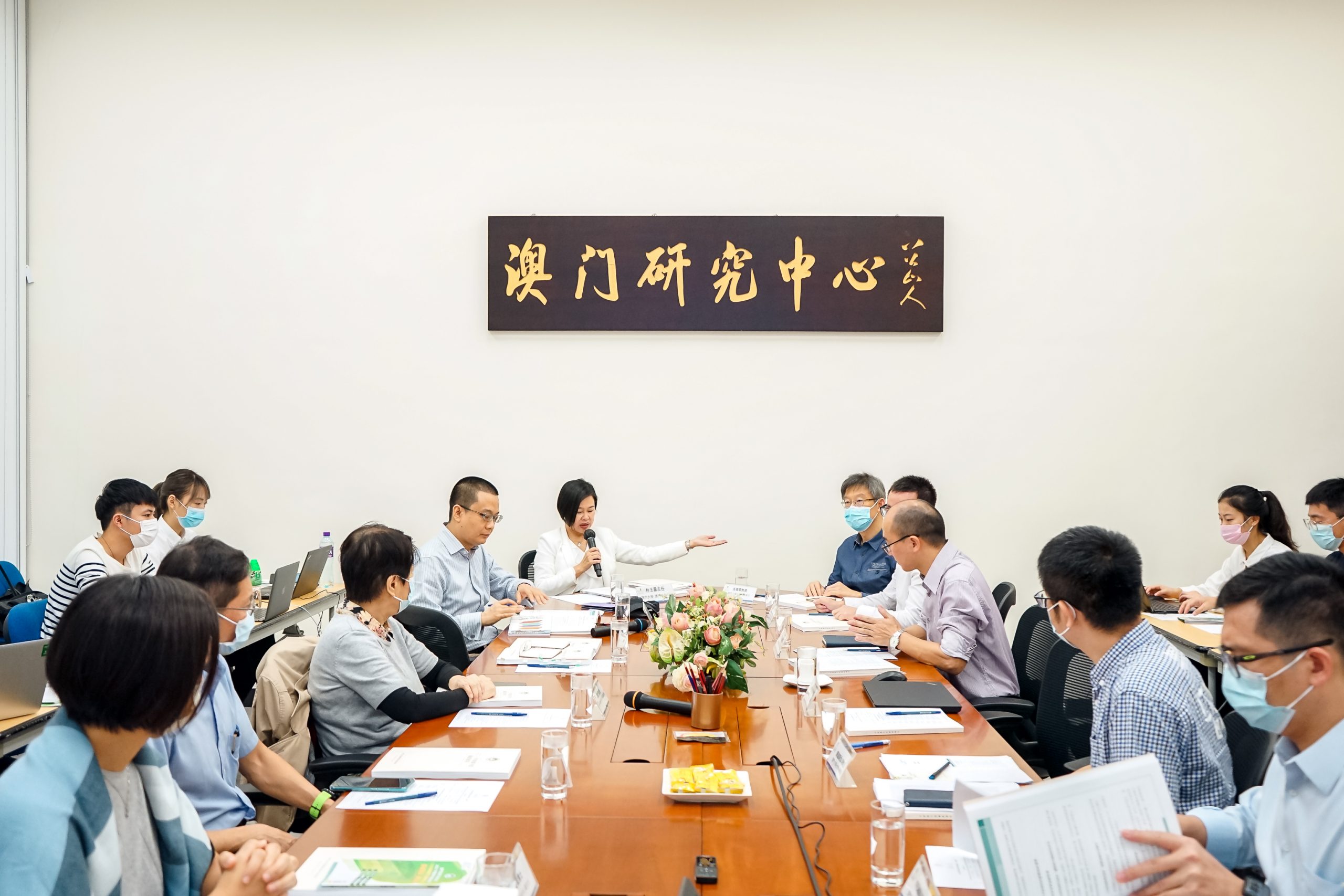