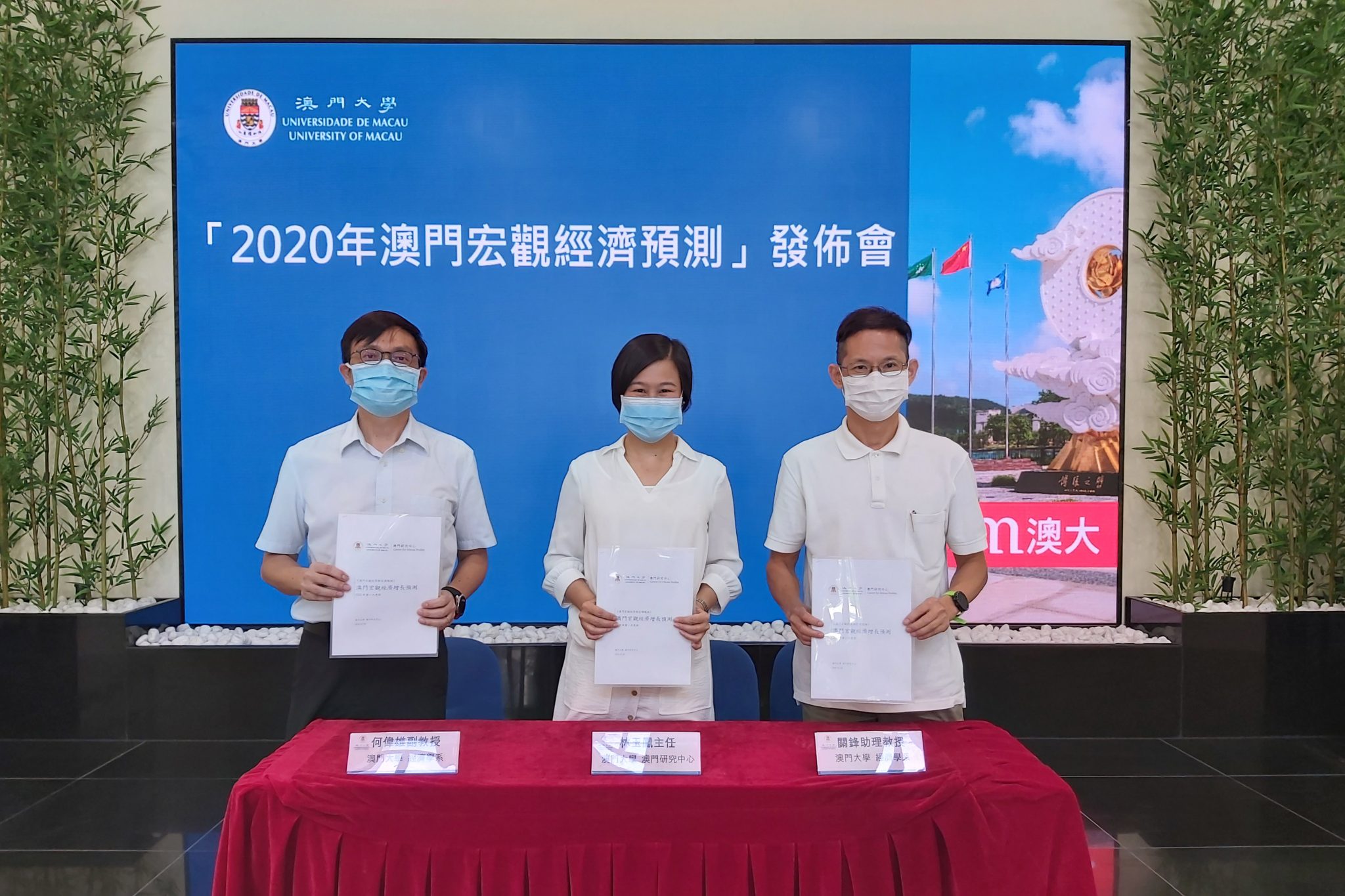 In response to the worldwide effects of the COVID-19 pandemic, the University of Macau’s (UM) Centre for Macau Studies and the Department of Economic have announced the revised 2020 Macau Macroeconomic Forecast using the Macroeconometric Structural Model of Macao. The forecast has been revised twice, in February and April respectively, since its first announcement in January this year.

The revisions were based on the following assumptions:

First, compared to before the pandemic, total visitor arrivals and the gross gaming revenue now play a more important role in Macao’s economic growth. Because of the worldwide effects of COVID-19, the growth factors of other regions are relatively not significant. Epidemic prevention and control tends towards normalisation. It appears that the coronavirus has not taken a widely spreading pathway in Africa compared with the rest of the world. China’s economic growth is expected to be less than 2 per cent. Hong Kong’s economy is expected to see steady deterioration.

Second, the forecast is divided into five scenarios with different numbers of total visitor arrivals, which are:

Based on the above five scenarios, the revised forecasts of major economic variables are as follows:

·         Private gross fixed capital formation adjusted down by around 8%.

·        Inflation adjusted up by 2.1% to 2.2%, in tandem with consumer price, which is a modest change compared with the initial forecast made in January.

·       Median monthly employment earnings adjusted down by 5.8% to 6.7%, among which the difference between the highest and the lowest rate is projected to be 6.8%.

As mentioned above, the coronavirus outbreak mainly affects Macao’s economic growth, with less impact on the two major economic variables: unemployment rate and inflation rate. This is how Macao’s economy is affected differently by the pandemic compared to other economies. The epidemic is a short-term shock to Macao’s economy. However, as it has already impacted Macao’s economy in the first and second quarters of this year, there will be a negative impact on the annual economic growth rate. Following the SARS epidemic in 2003, the Individual Visit Scheme was launched to boost Macao’s economy. But similar schemes will have less effect on economic recovery following the COVID-19 as the base number of visitors has increased.

Furthermore, with the economic tension between China and the United States, and the slowdown in China’s economic growth, Macao’s economy is expected to deteriorate in 2020. The positive factors of Macao’s economic recovery include the city’s fiscal surpluses, business environment, and comparatively reasonable consumer prices and employment rate.

Therefore, the macroeconomic policy and objective should aim to stabilise the labour market in the short run, prevent the closedown of businesses, and maintain the confidence of producers and consumers, in order to promote a gradual economic recovery.

It must be pointed out that, the five scenarios mentioned above and the relevant analysis do require an in-depth study to ensure the accuracy of the forecast and the effectiveness of the policies formulated based on the forecast. If the coronavirus pandemic demonstrates a fundamental change, it is necessary to revise the forecast again.

The below forecasted values are all real values except for the gross government revenue (2018=100). 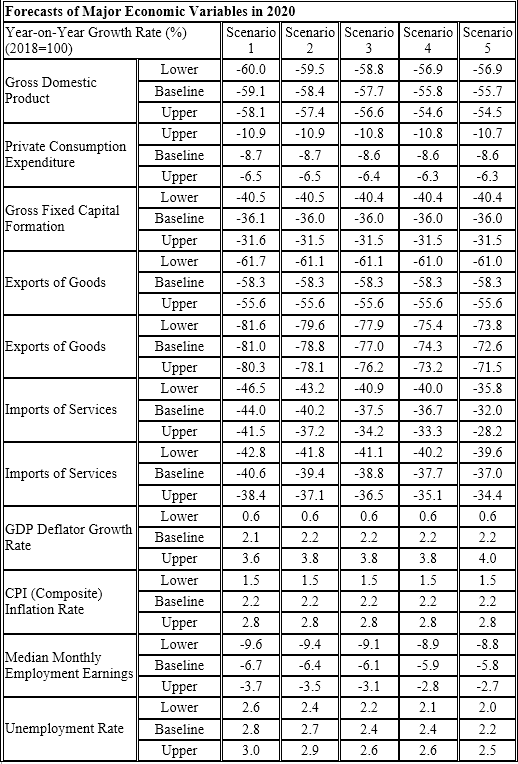