The University of Macau (UM) Department of Economics and Centre for Macau Studies today released its Macroeconomic Forecast for Macao 2018-2019. Macao’s economy has recovered substantially. Real GDP grew by 9.1% and recorded MOP 395.2 billion in 2017. Macao’s GDP is expected to grow by 8.3% in 2018, and is expected to grow by 7.1% in 2019. However, based on the external economic factors and policies of service exports, Macao’s GDP may fluctuate in the short term, and the research team will regularly update the forecast with the latest data.

The following highlights the recent economic situations of the different sectors in Macao’s economy:

According to the IMF forecasts in July 2018, global growth is projected to grow at a rate of 3.8% in both 2018 and 2019, reflecting a more upswing outlook from advanced economies. The United States GDP will be expected to expand by 3.0% and 2.4% in 2018 and 2019 respectively. The GDP in the euro area is likely to grow by 1.9% and 2.0% in 2018 and 2019 respectively. For mainland China, economy continued to grow strongly at a rate of 6.7% in the second quarter of 2018. This caused Hong Kong, another major market of Macao’s service exports, to have a stronger growth. It grew by 3.5% in the second quarter of 2018. However, economic uncertainty is on the horizon. The US Federal Reserve System is expected to raise its interest rate continually. Donald Trump’s administration creates trade frictions between the US and other countries. Eurozone countries continue to face debt crisis. Mainland China’s economy would slow down and the central government tries to use accommodative monetary and fiscal policies to stabilise economic growth. These may affect Macao’s economic growth in 2019.

The Macroeconometric Structural Model of Macao is a quarterly simultaneous-equations econometric model which currently covers seven blocks of the Macao economy — consumption, investment, external sector, prices, government, labour market, and monetary sector. Time series data used starts from the first quarter of 1998 and is updated once new data are available. Its results provide the community with a timely understanding of the state of Macao’s economy and can help decision-makers to make prudent choices for the future. 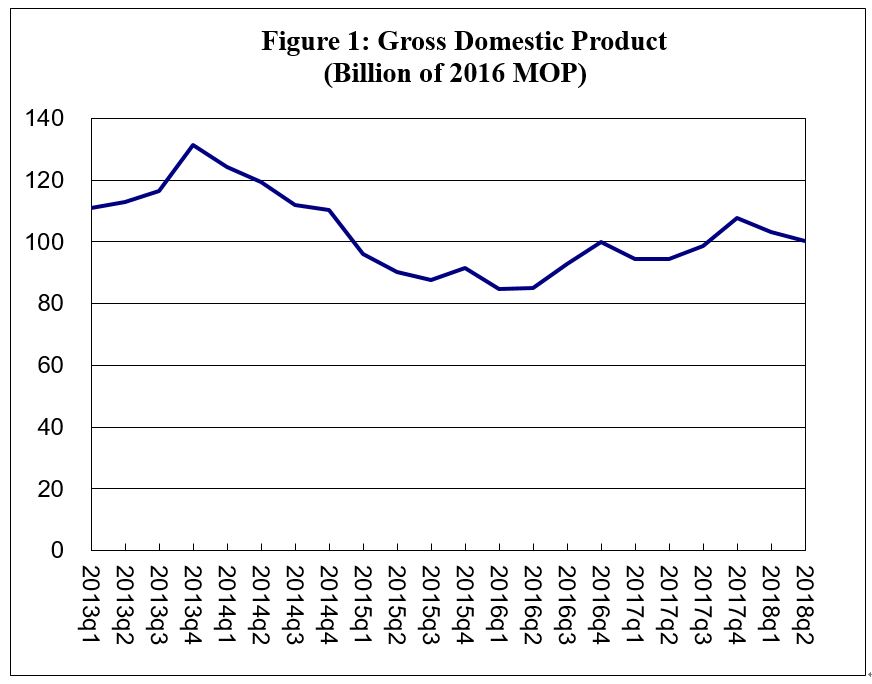 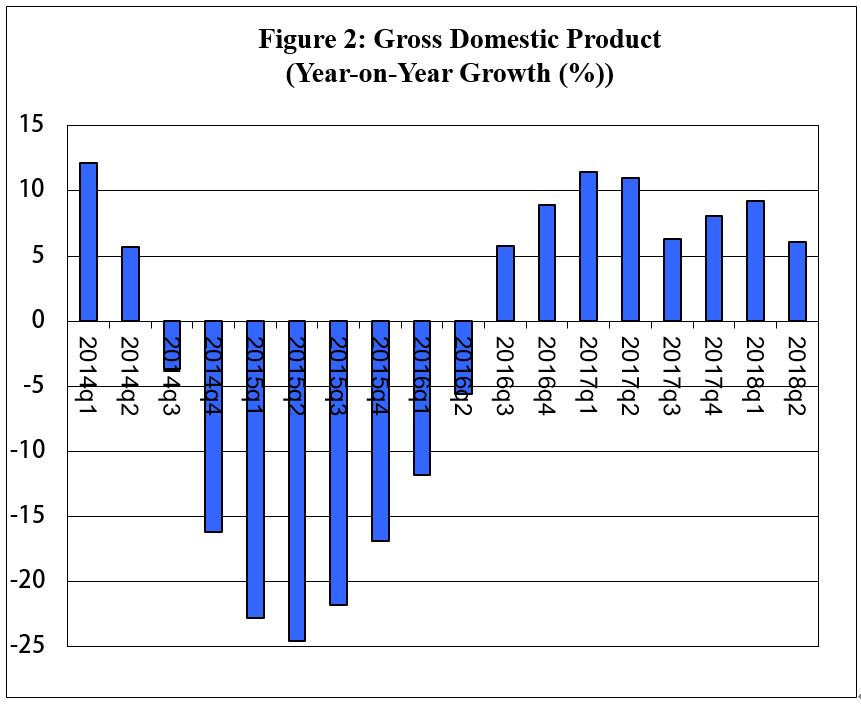