Skip to content
Press conference on “Macroeconomic Forecast for Macao 2019”

The University of Macau (UM) Department of Economics and Centre for Macau Studies today released its Macroeconomic Forecast for Macao 2019. According to the data collected, Macao’s economy has grown substantially with rates of 9.4% and 5.9% year-on-year in the first and second quarter of 2018 respectively. The growth subdued rapidly amid the disaster effect of Typhoon Mangkhut in September. Macao’s economy grew only by 1.6% year-on-year and reached MOP 100.9 billion in the third quarter of 2018. The negative effects of trade friction with the United States and other structural adjustments on China’s economy have surfaced in the past few months. Economic uncertainty continues to affect Macao’s economy. As a result, we have revised our forecasts downward on GDP growth from the last release. 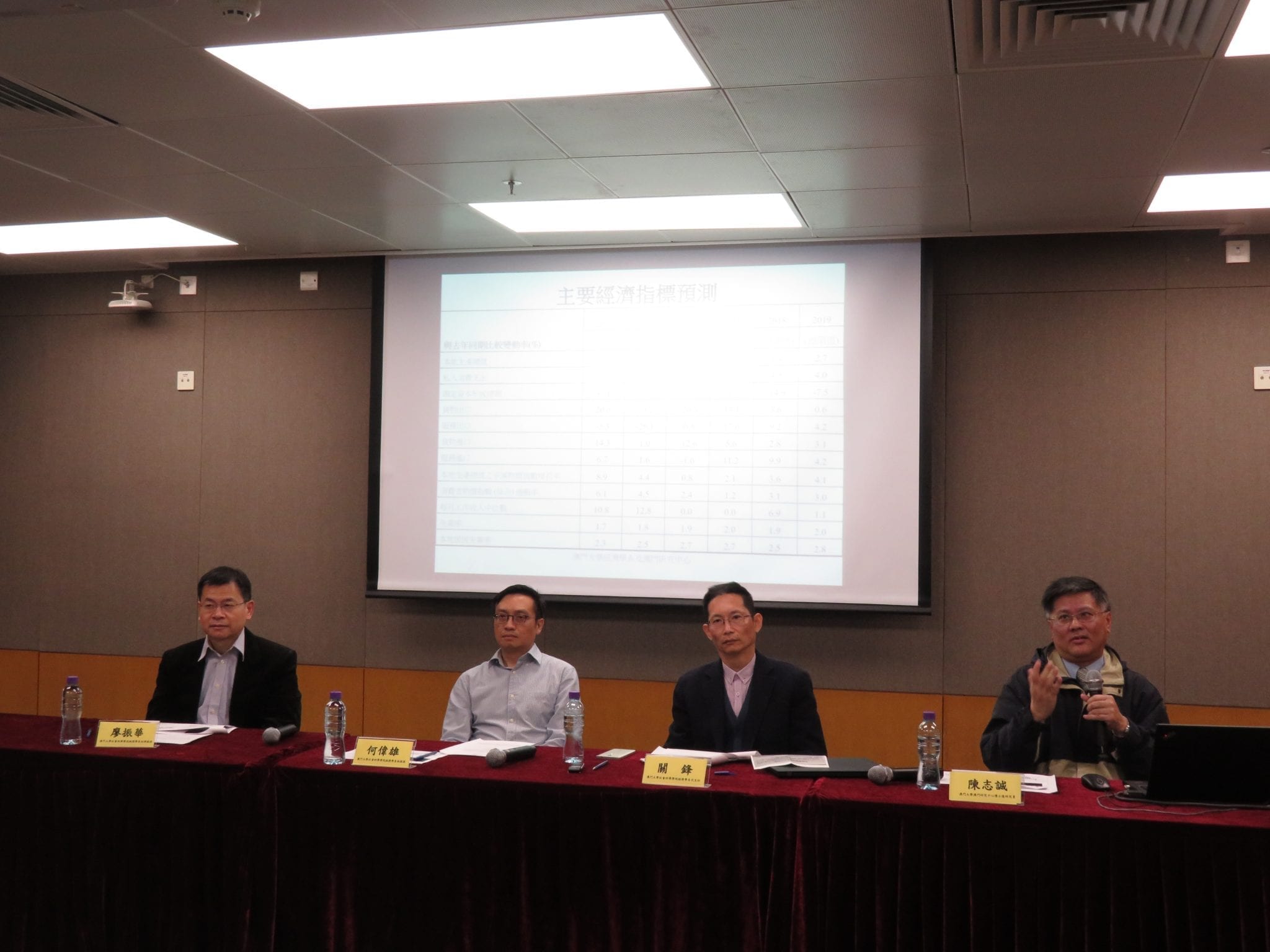